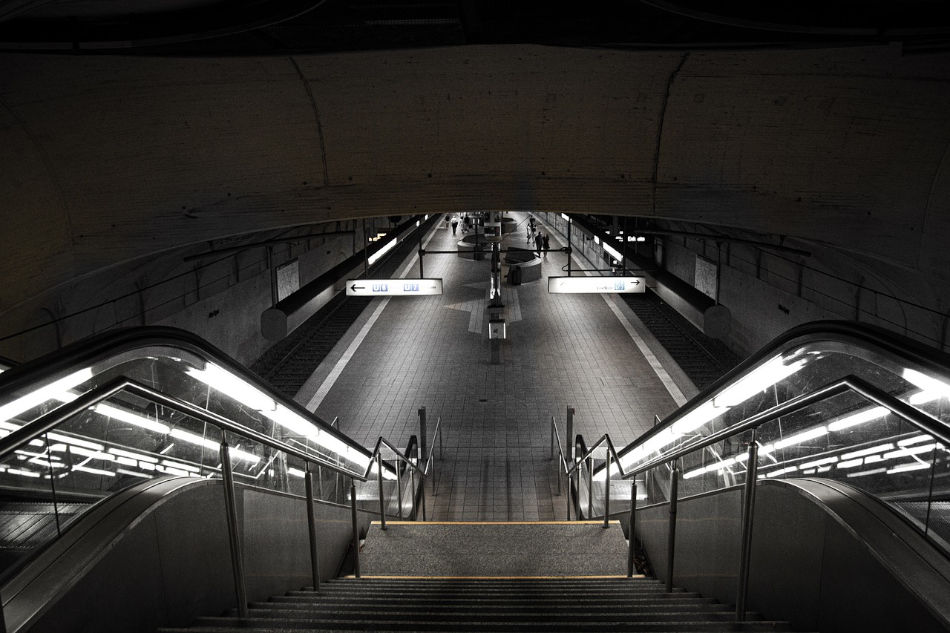 On a certain summer night in the twentieth century, the narrator of the story, Charles was walking up the street towards the Grand Central subway in New York and he was in a bit of a hurry to get back to his wife at home after having worked till late in his office. He took his usual turn into Grand Central from Vanderbilt Avenue to take a flight of stairs down on to the first level leading another flight of stairs to the second level. Having reached the second level, Charles hoped to catch one of the suburban trains but gets misled by an arched doorway which led to a tunnel opening on to the third level, the existence of which perplexes him.

At the very start of the story, the narrator claims that all authorities related to the railroads in New York are ignorant of the fact that there is a third level at the Grand Central station. Even Charles never knew about it but on that particular night he was there and he experiences things that were unfathomable by his wife and close friends when he related it to them later. The third level was some kind of a time capsule or time-machine for Charles as it transported him back to the year 1894. He was sure of what he saw because he was in the moment acutely aware of his own apparel and that of the others who surrounded him on that platform. When he senses this change in appearances he also begins to notice other peculiarities such as the information booth in the centre which was old and wooden. Brass spittoons littered the floor on which he walked and the tunnel was illuminated by open-flame gaslights which were in use long before his time. Gradually, the reality of the situation sinks in, and Charles observes that all the people around him looked like they were from the eighteen-nineties. To confirm his suspicion he walks over to the newspaper boy and checks the front page; it was The World, a publication that had stopped getting published years ago. His curiosity flared, he then proceeds to buy two tickets from the ticket counter for Galesburg, Illinois but is refused because the currency he offers is different from what the clerk can accept and he believes Charles was trying to trick him.

Afraid of getting jailed, Charles decides to leave the place at once and come back with old notes so that he and his wife can travel to Galesburg and visit his old home at cheaper ticket prices which they could afford. To this intent, he withdraws three hundred dollars from his bank the very next day and exchanges the money for two hundred dollars in the old currency. However, he fails to accomplish his goals because he never finds the third level in the Grand Central station again. When he tells his story to his wife Louisa, he is met with disbelief and concern over his mental state and even his psychiatrist tells him that he has hallucinated the entire event due to lack of sleep and rest mixed with stress and insecurity of the modern world.

Nevertheless, Charles continued to look for that place where time itself is reversed and he gets evidence that his experiences are true when he finds a letter addressed to him by his friend Sam, dated July 1894. Sam had written to him from Galesburg, telling him about the wonderful, carefree life he was living there and how much he wished for him to be there with him. He was urging Charles to continue looking for the third level so that he could also escape to a world which was still untouched by war and misery. His doubts are further cleared when he finds out at the coin store, that his friend Sam had bought eight hundred dollars worth of old coins just before he disappeared without a trace.

When it comes to the subject of war and post-war effects, English Literature is rife with brilliant stories capturing the essence of human fatality and sorrow in incomprehensible ways. Since the change and present reality seemed incomprehensible to men, post-modern writers induced their stories with curious experiences and occurrences to match the evolving mindset of the people. The main theme of the story is ‘anything can be possible’ and the author Jack Finney does sufficient justice to it by creating an intriguing plot with great twists and turns.

Although most of Finney’s stories are based on science-fiction, the story The Third Level does not completely fall under this category. There are plenty of innuendos to direct the reader towards the real cause of events and they can interpret it as to their liking. At its core, it is a simply written story about a simple and humble man who had been affected by the war in a deep and unsettling way but he was not aware of it. His inner insecurities and his desire to escape back to a simpler time were bubbling under the surface of modern-day reality and normalcy. After the war, most survivors developed a defence mechanism inside their minds to cope with the changes in society. This defence mechanism was a form of defiance and pretence that the bad never happened so we never have to face it or deal with it. They just wanted to put all their pain and shock to the back of their minds and distract themselves with issues like earning money and the economy.

The thrill of an exciting story depends upon the literary devices the writer selects to tell his tale. The story, The Third Level includes literary devices such as metaphors and imageries to describe the psychology of the main character, Charley. His passion for stamp collection as a hobby is a crucial metaphor which tells us about his habits and personality. The symbolic representation of Time plays an important role in the story as continuous parallels have been made between the past and the present and it represents the human yearning for familiarity and peace. The author employs the imagery of a tree and its branches to help the readers visualise the secret channels and mysterious doorways leading onto other places through the underground tunnels of the Grand Central Station.

There are three primary characters in the story, The Third Level and they are of vital importance in the development of the plot. The main character, Charley is the average young New Yorker who has survived the war with stress and conflicts of the present day world which demands hard work and complications. In between the narration of his explicable night on the third level, he relates to us how in the past the evenings were longer in Illinois, his hometown where the lawns were bigger and the trees grew together to form a shade for the streets. Here in the big city, he struggles to make sense of the rushing and the lack of time in between office hours and traffic. On the night of that fateful event, he was in a hurry to save time and be with his wife Louisa, which made him choose the subway instead of the bus. When he lands on the third level of the station he very quickly accepts the unbelievable turn of events like all the dots of his life had come together to make the only sense of life he possibly could. Later on, when he had to doubt his own mind after failing to relocate the third level, the existence of his post-stamp collection provided clues to the alternate truth. The escape seemed even more real when the cynical psychologist becomes a believing seeker and a friend in the form of Sam.

Even the characters within the story reflect upon Charley, the protagonist’s time-travelling experience as a type of manifestation that occurred due to suppressed feelings and wishful thinking. Despite such practical theories and real advice coming from responsible people in his life, Charley goes onto discover that it was indeed possible to travel back in time and visit his old home just as his heart wanted through the proof of a letter. The plot develops with many arguments against the possibility and logic of what he had experienced but in the end, the author retains a little magic in his story to give the message to his readers that a bit of fanciful inspiration is required in times of distress to make oneself feel safe and happy in a restricting and alien environment.