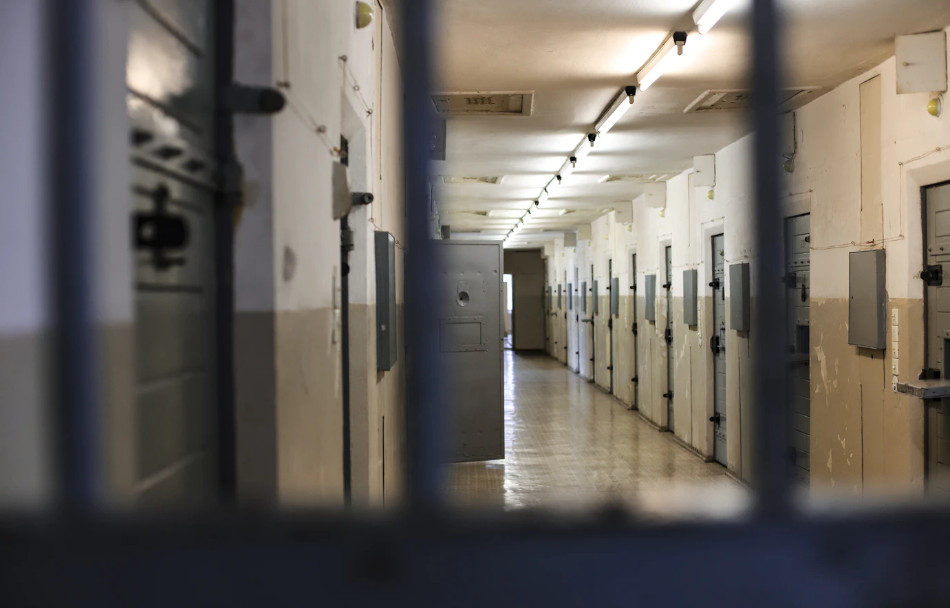 James Evans is a Kleptomaniac who is notoriously popular in prison for having escaped the authorities for three times despite heavy law enforcement and strict rules. This character is the central protagonist of the story and the attention of all the other characters seem to be on him. Having been fooled thrice by his clever antics, the Governor takes serious measures to ensure that he does not escape a fourth time and prove them incompetent once again. Since, Evans was in all reality, an otherwise decent and harmless fellow, the Governor allows him to satisfy his intellectual capacities by appearing for an O-level German Language Examination for which he was tutored in private for six months. At the end of the course, on the day right before his exam, his tutor wishes him luck but also notes that he has very little expectancy of Evans actually passing his exams. Evans cryptically replies to this remark by saying “I may surprise everybody,” which indicates the events of the following day.

The Governor had taken every step to double the security around Evans’ cell and allots the duty to officers Jackson and Stephens who thoroughly examine him for any such tool that can be used to injure or escape. They notice that he has a woolly hat on his head and ask him to take it off and hand it over to them. Evans, knowing that he can appeal to the sensitive side of Jackson tries to keep the hat by telling him that it’s a lucky charm which will help him get through the German exam. Thus, his ruse was set, and then all goes according to plan. As a measure of safety, even his cell was wired so that the Governor could himself hear every interaction between the examiner and Evans. The Reverend S. McLeery was admitted in after being searched and Stephens kept a close eye upon them outside the cell. The exam went on smoothly for the next two hours without any major disruption and after it was over, the examiner McLeery was escorted out by Stephens. As they returned, they found the invigilator wounded inside the cell and informed the Governor immediately. The invigilator, who was actually Evans in disguise, fooled everyone with a fake German accent and got out of the prison. He was taken to the hospital and then the police were again in pursuit of the whereabouts of Evans. The impostor Reverend had even given false directions so that they were misled and could not catch up to him.

When the remaining authorities tried to check up on the health of the Reverend who was supposed to be in the hospital, they could not find him and went to his residence. There they found the real Rev. S. McLeery bound and gagged since morning, and the actual events dawned upon the Governor. He followed the hints on the German exam paper as he knew a little bit of German himself and captured Evans in a surprising manner at the hotel, he was staying in. As the battle of wits is about to come to a conclusive twist, Evans surrenders without any hesitation and gets into the police van waiting outside the hotel. To the shock of the readers, the police van is also fake, and before anyone could realise that, the driver and the other police escort – who are his friends – release Evans from the handcuffs and they speed up to Newbury escaping the law yet again.

The story, Evans Tries an O-Level, is a tale of bravery as well as deceit. In a prison house where the entire attention of the authorities is focused upon the antics of one particular culprit, a comic event takes which baffles everyone. Evans, who is the main culprit, plans a ruse to escape with external help from his friends and puts to test the competence of all the security personnel. He has a reputation which precedes him, and the Governor of the prison knows this very well but hides it from the Secretary of the Examinations Board. He wants to give Evans a chance at a reformed life because he is aware of his intelligence. Hence, the Governor approves Evans’ request for attending the German Language Exams but decides to tighten the security around his cell. Although, the sudden interest in academic qualifications was not typical of Evans, the Governor did not suspect any ulterior motive because he was confident about the security protocols. However, if you read between the lines, the text hints at the clever criminal’s real intentions from the very start – ‘And besides, there was just a possibility that Evans was genuinely interested in O-level German. Just a slight possibility. Just a very slight possibility’. What happens next unravels the majority of the story over a very short period of time, where every minute counts in Evans’s sagacious prison-break scheme. Even when the vigilant police and Governor finally catch up to him, he is saved by his loyal friends in the nick of time. This is how Evans earns the title of ‘jail bird’ as he had an involuntary disease of stealing things and fleeing to revel in it.

There are many imageries and metaphoric statements in the story Evans Tries an O-Level as the story requires psychological insight for deeper understanding. The author presents an interesting symbol, in the form of a hat which indicates how people perceive Evans himself –

‘Evans put his right hand lovingly on top of the filthy woollen’, with a bit of compassion as well as disgust. Evans claims that this hat is a sign of good luck for him and he wants to carry it along with him for the exam but incidentally, the hat also conceals the tools for his escape. The dual purpose of this hat makes it an interesting analogy within the context of this story and challenges the readers to look for more clues of an escape operation. The purpose of the – ‘choppy new haircut’, is a ruse to provide a distraction and imitate the fake pastor McLeery who poses as the examiner. With such tricks up his sleeve, we see Evans skilfully manoeuvre himself out of the prison with a carefully- laid plan which he puts into action and succeeds.

The character of Evans is both the protagonist as well as the antagonist in the story. In one hand, Evans behaves like the typical fool of a Shakespearean play – as he indulges in comic banter with people around, and on the other hand he wins against detectives and wardens alike with his patiently carried out escape. In Oxford, they refer to him as “Evans the Break,” who’s escaped three times from various prisons and difficult to confine. The Governor thinks this time will be different but as it turns out Evans was well prepared for this game. Despite being closely watched by the Governor and many others, Evans manages to escape in the moments following his exam by posing as the proctor—a complicated plan made easier by the fact that Reverend McLeery is not, in fact, the real McLeery but one of Evans’s old friends. The Governor, a charmingly over-indulgent man of some seniority tries to take the most amount of security as needed to avoid being fooled and to have him prepared for the exam. He was nevertheless tricked by the elaborate scheme laid out by Evans but thereafter, he gets cautious and takes hint from the German exam paper and because he knows a little of that language, he succeeds at capturing him once again. At the hotel they share a brief camaraderie where the Governor comes to know how he planned his escape and tells him that his game is over! The Governor makes him surrender and believes that he has outsmarted the Kleptomaniac. The gullibility of his character has been reflected here.

Colin Dexter, who is himself from Oxford, writes a story based on the intellectual but curious spirit of the town where a vanquishing mystery like Evans exists. To conclude, the tale inspires a psychological battle between criminal and the law enforcement, the trickster and the fool. This short story is just a speck in the vast series of criminal novels (Inspector Morse), which is the legacy of Norman Colin Dexter. Some of his most celebrated novels include Last Bus to Woodstock, The Dead of Jericho, The Daughters of Cain and The Silent World of Nicholas Quinn.